The Australian voting process, known as the "Australian Secret Ballot" was first introduced in 1855. The system worked on the basis that the government printed the paper ballot with the candidate names and issued in a fixed order. Once cast by the public the ballots would be then counted by hand.

At the time, this was a revolutionary system and is currently in use not only in Australia but in countries around the world. As mentioned previously this system was developed in 1855, it's time for a change.

This campaign is part of exciting new research being undertaken to prove that mobile voting is a viable, reliable and secure process compared to the current Australia secret ballot. We do not intend to replace the current process, but rather provide a trustworthy alternative for the Australian public to vote.

The world has become more connected, almost everything we do in our daily lives can be assisted in someway using an online service or with a phone app. Banking, shopping, staying in touch, getting the latest news, weather reports, etc... are online, so why can't we vote online?

A lot of hard work needs to be done to make a convincing case for the use of mobile voting in Australia. This campaign will be used to increase public awareness of mobile voting as well as gather information on what really counts when it comes to elections for everyday Australians, by way of an anonymous survey.

Currently trails and implementations of online voting solutions are being used around the world. Australia is a country of pioneers, we were the first to introduce secret ballot elections, so why are we so behind in keeping up with the rest of the world?

You can help by signing up to our campaign, where you will be kept up to date on the research

Keep Up to Date

Scan to view on Smartphone/Tablet 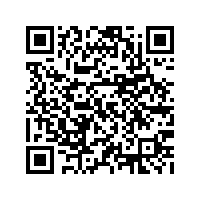